How One Blunder Can Ruin Your Life, Career, and Company

Social media is a huge influence on society today – we turn to it for advice, to express feelings, and stay current on events around the world. But, while there are some great benefits from using the many platforms, there is definitely a downside. In one fell swoop, with one poorly phrased comment or misused hashtag, you could destroy your business and your reputation with this powerful tool.

So many businesses and professionals have made these mistakes for us, and as John Powell once said, “The only real mistake is one from which we learn nothing.”

Justine Sacco, for instance, tweeted what she thought was a good joke to her small group of followers on her way to Africa, but “Going to Africa. Hope I don’t get AIDS. Just kidding. I’m white!” would be the 170 characters that ruined her life. By the time she landed in Africa, her statement had blown up in mass proportions – there was even a trending hashtag about her. She was dragged through the mud by the internet community, and even lost her job. 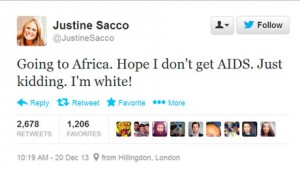 But don’t think for a second that celebrities and multi-million dollar companies are immune to making similar missteps. Like Justine, a countless number of celebrities have made distasteful jokes or decisions that provided the trolls on twitter with enough ammunition to effectively ruin their day/week/year.

Nick Cannon, for starters, thought it was a good idea to call his latest album “White People Party Music.” AND THEN decided to dress up in “white face” to promote it, with the caption “It’s official…I’m White! #FistPumping #FarmersMarket..” Bad move, Nick. 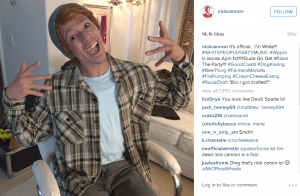 By now, everyone should know rule #1 for using social media: Do not, under any circumstances, make jokes or comments that could be interpreted as racist or discriminatory in any way – unless you want to be ripped to shreds by the millions of users.

On top of that, don’t make the mistake of joining a conversation that you don’t fully understand. When the video of pro football player, Ray Rice, physically abusing his wife became public, there was an online movement against domestic violence. Battered women shared their stories over twitter using the hashtag #WhyIStayed. 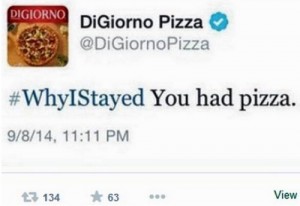 Trying to take advantage of the trending hashtag, DiGornio’s social media team made a very poor business decision by tweeting “#WhyIStayed You had pizza.” The company didn’t understand the context of the phrase, and angered and offended many of their followers by failing to gain an understanding of the conversation.

What might be worse than that, though, is a blatant failure to understand exactly what it is that you’re posting. So many brands are guilty of this, so we’ll just name a few:

American Apparel posted an image of the Challenger shuttle exploding in celebration of the 4th of July. The company claimed that the social media manager wasn’t alive at the time of the explosion and didn’t understand what the image was. But, that’s exactly the problem. If you don’t know what you’re saying, where the image came from that you’re using, or what a hashtag means, DON’T USE IT!

Another equally guilty brand is Delta. Wanting to join in on the mass takeover of twitter during the 2014 World Cup, the brand tweeted an image of a giraffe to represent Ghana. The problem? There are no giraffes in Ghana… duh, Delta. All they had to do was perform a quick Google search to find animals that would actually apply to the country. But no, that would have just been too easy. 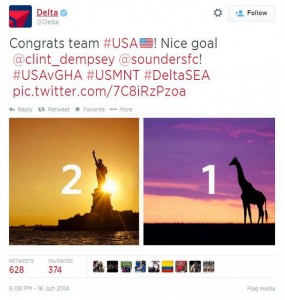 So, the moral of the story is, remember how powerful a tool like social media can be. It can have a huge impact on your business, both positive and negative. And once you put something out there, you can never take it back. Lucky for us, a lot of other business owners and professionals have already made these mistakes and learned their lesson the hard way. By taking note of and learning from their mistakes, we can avoid doing the same. Happy tweeting!

How can we help you?